skip to main | skip to sidebar

My name is Jennifer Tveter, publically known as Jennifer Collins.

I am speaking to you all who share my frustrations in the current workings of the family court. I know all to well how the family court fails to protect children. I have only begun to publically share my personal experiences within the last year.

I am setting up my own organization CA3 -Children Against Court Appointed Child Abuse http://www.ca3cacaca.blogspot.com/

1.) To aspire to be the voice of every child who is a victim of Court Appointed Child Abuse (CA- CA!)

2.) To find a way to hold the family court authorities accountable for their "Failure to Protect" children from abuse.

3.) To make it clear that CA-CA will no longer be tolerated and the 'The CA-CA stops here!'

I would like to invite you to look through this site. Please consider if there is any way that you would write your story and share it with other kids/young adults who are struggling to make sense of the abuse they suffered as children. You can always keep anonymous if you feel more comfortable. This is a summary of what happened to me:

When I was a little girl I was abused by my father. I told my mom that my dad was hurting me. She believed me and told the court. Even though my mother believed me and tried to protect me, I was not listened to by the family court system. The court thought that my mother was over reacting to ‘isolated incidents’ of 'harsh treatment' from my father and not a 'pattern' of child abuse. They suspected that our mom may have an unreasonable fear of our father because of the domestic abuse she suffered from him. The court found domestic violence but the judge said that our mom should get over the abuse.

My mother was accused of PAS, Parental Alienation Syndrome. When my mom stood up to the judge and tried to protect us, he decided to punish her by taking me and my brother away from her and giving us to our father.

On December 22 1992 I didn’t understand what was happening when a car pulled up and a court officer pulled me out of my mother’s arms and handed me to my abusive father. I was kicking and screaming “Mommy Please don’t make me go with him. He hurts me and he hurts my brother. Mommy I want my Mommy.” It was the worst day of my life!

My brother and I were forced to live in abuse for 18 months and 8 days. It was hell. We weren’t allowed to have any contact with our mother for what seamed and eternity. When we were finally allowed to have limited supervised visitation with our mom I told her “He’s still hurting us.” I showed her the bruises and welts on my back and bottom. The visitation supervisor gasped but then scolded me “you are not allowed to talk about those kinds of things anymore.” During another visitation I told my mom about even more abuse. The supervisor threatened us that if we mentioned that my father was hurting us again, we would not be able to see our mother at all.

The family court tried to silence me as a child but my mom had raised us to 'always tell the truth no matter what.' My brother and I secretly wrote messages to our mother when we were at our father’s house. During visitation we would sneak the notes in her pockets. We kept begging our mom to come rescue us.

Our mom finally "kidnapped" us back on June 30th 1994. It was the best day of my life!! While we were on the run, my mom researched the libraries of the local towns we were hiding in. She found the Elizabeth Morgan story, another mother who sent her little girl to New Zealand when the US courts failed to protect her. My mom decided to also try to get us to New Zealand. We spent a lot of time at airports trying to find a way out of the United States. Eventually we snuck out of the United States and we were apprehended in Europe. After 3 long years of living in Dutch refugee centers with other refugees from Bosnia, Iran, Somalia, etc... we were the first Americans to be granted asylum in the Netherlands. We continued to live in secrecy for almost 14 years when we were found by the FBI.

The United States brought criminal charges against our mom for kidnapping and tried to have her extradited. I searched the internet for anyone and everyone to help us. I started an email campaign and sent out over 1000 emails telling our story all over the world. Through the Leadership Council I found Dr. Silberg, a child psychologist who believes kids! She became my mentor and she is a tremendous support. I also found the most help from Marlene. Kaufmann the General Counsel for the Commission on Security and Cooperation in Europe (U.S. Helsinki Commission.) and from Congressman Steny Hoyer, the Majority Leader of the United States House of Representatives.

In September 2008 I returned to the United States for the first time since we fled 14 years ago to try to find a way to protect my mom. After all she was in this trouble because she believed me and my brother and she only broke the law trying to protect us when the courts failed. Eventually all kidnapping charges against my mother were dropped and she had to plead guilty to only one count of contempt of court. My mother said "I admit to having contempt for the court which failed to protect my children."

Now the Dutch government has granted our family indefinite asylum and we are safe in Holland. We would like to return home to Massachusetts but the same judge who didn't believe me as a child is still trying to take my 16 year old brother away from the only family he has ever known. We are forced to remain in exile for 2 more years until my brother turns 18.

Now that I am an adult I refuse to be further Silenced. I have decided to expose the injustices to children in the American family courts. I would really appreciate your help if you could come forward and share your story. Together we can demand reform of the family courts and protect young children from the abuse we endured.

So Kids Don't Have To!

If you a kid who was mistreated by the courts and would like to make contact with us, please write to:

What is Court Appointed Child Abuse?

1.) CA3 will be the voice of every child who is a victim of Court Appointed Child Abuse (CA- CA!)

2.) CA3 will find a way to hold the family court authorities accountable for their "Failure to Protect" children from abuse.

Are you the victim of CA-CA?

->Your own parent abused you.
+ The court was told about the abuse.
+ The court ordered you to continue to go alone with your abuser.
+ You were abused again, this time knowing that the court knew and basically approved of the abuse.
+ You are traumatized from the abuse from your own parent who was supposed to love you.
+ You feel betrayed by the United States Justice System who was supposed to protect you.
+ You are hurt, betrayed and angry and you don't know what to do.
= You are the victim of "CA-CA"

We will help you find your voice and together we will try to heal from the CA-CA, Court Appointed Child Abuse.

* Even though CA-CA is not acknowledged by any professional board, kids who suffered this abuse know that it exists and we are giving a name to it!

Make a Donation to the CA3 Piggy Bank!

Become a supporter of CA3. (We are still busy setting up a bank account. Please start saving up for our rainy days!)

Please be advised that we are traumatized children who have suffered horrendous abuse and we are trying to find our voice.

We already intend on being direct, confrontational and vocal. If you are uncomfortable with what we are saying, then you can stop it by going to the root of the problem and ending the CA-CA, Court Appointed Child Abuse.

Adult Child Board of Directors: 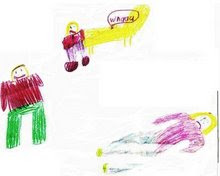 "My dad threw my mom into the wall." Jennifer 9 years 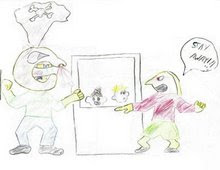 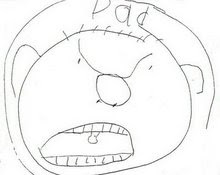 Through this website you are able to link to other websites which are not under our control. We have no control over the nature, content and availability of those sites. The inclusion of any links does not necessarily imply a recommendation or endorse the views expressed within them.

Every effort is made to keep the website up and running smoothly. However take no responsibility for, and will not be liable for, the website being temporarily unavailable due to technical issues beyond our control.